These are the most commonly used barcodes and a little information about them. If you have a barcode type that you need to use, and don't see it listed here, don't worry. We'll be able to do it. Just speak to one of our representatives.

Code 3 of 9 is widely used among many industries and is the standard for many government barcode specifications, including the U.S. Department of Defense. Code 3 of 9 is defined in American National Standards Institute (ANSI) standard MH10.8M-1983, and is also known as USD-3 and Code 3 of 9. The Code 3 of 9 character set includes the digits 0-9, the letters A-Z (upper case only), and the following symbols: space, minus (-), plus (+), period (.), dollar sign ($), slash (/), and percent (%). A special start/stop character (*) MUST placed at the beginning and end of each barcode (Our software will put these in automatically, do not include them in your data file). The barcode may be of any length, but take care with codes longer than 12 characters - they may be too wide or dense to scan properly. Numbers (also called "human readable data" can be printed below, above, aligned to the right or left, different sizes or omitted.

To avoid a potential conflict with EAN or UPC barcodes, when creating Code 3 of 9 barcodes you should avoid barcodes that are 6, 8, 10, or 12 digits long. To do this, use at least one letter or make the barcodes 1-5, 7, 9, or 11 digits long if they are all numbers. On cards this barcode is used primarily for variable data, each card is printed with a unique (different barcode) according to a list supplied by the customer.

The Code 128 barcode is used extensively in shipping and packaging industries. It is used for alphanumeric or numeric-only barcodes. This type of barcode is capable of encoding all 128 ASCII characters and can encode two numbers into one character width, making this a good choice for a barcode when space is tight. On plastic cards, this barcode is used primarily for variable data, each card is printed with a unique barcode, according to a list supplied by the customer. Numbers can be printed below, above, aligned to the right or left, different sizes or omitted.

UPC-A Bar Codes are common on custom plastic gift cards. UPC-A is used for marking retail products sold in the U.S. The barcode identifies the manufacturer and specific product so point-of-sale cash register systems can automatically look up the price. The UPC-A code and the assignment of manufacturer ID numbers is controlled in the U.S. by the Uniform Code Council (UCC) located in Dayton, Ohio. UPC-A encodes 12 numeric digits. The first digit identifies the numbering system being used. The following 5 digits identify the manufacturer and are assigned by the UCC. The second group of 5 digits identifies the particular product; they are assigned by the manufacturer. The last digit is a Modulo 10 checksum. On cards this barcode is used primarily for static information, it will be the same on each card. Variable barcodes of this type are possible.

EAN-13 is used worldwide for marking retail goods. The symbol encodes 13 characters. The first two or three are a country code, which identifies the country in which the manufacturer is registered (not necessarily where the product is actually made). The country code is followed by 9 or 10 data digits (depending on the length of the country code) and a single-digit checksum. 2-digit and 5-digit supplemental barcodes may be added for a total of 14 or 17 data digits. The U.S. has begun the process of moving to the EAN-13 symbol, which will be known as the UPC-13 symbol in the U.S. On cards this barcode is used primarily for static information, it will be the same on each card. Variable barcodes of this type are possible.

EAN-8 is a shortened version of the EAN-13 code. It includes a 2 or 3-digit country code, 4 of 5 data digits (depending on the length of the country code), and a checksum digit. While it is possible to add a 2-digit or 5-digit extension barcode, the primary purpose of the EAN-8 code is to use as little space as possible. Unlike the UPC-E symbol, which compresses data that could also be printed as a full-size UPC-A symbol by squeezing out zeroes, the data digits in an EAN-8 symbol specifically identify a particular product and manufacturer. Since a limited number of EAN-8 codes are available in each country, they are issued only for products with insufficient space for a normal EAN-13 symbol. For example, a 2-digit country code permits a total of only 100,000 item numbers. On cards this barcode is used primarily for static information, it will be the same on each card. Variable barcodes of this type are possible but not common. 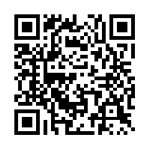 QR Code (or Quick Response Code) is a two-dimensional bar code that contains data that can be read by a phone camera. Free software is available to download onto a smartphone which allows a user to successfully scan or read a QR code. Our customers are using them mostly for directing their customers to a web site url, or coupon/discount coding, but did you know that you can also trigger different applications with a QR Code? That means that you could include something like a powerpoint presentation about your hottest selling item ... all in a square shaped box. There are many free QR code generators online, or Tele-Pak can create the QR code for you.

CardPrinting.com is a division of Tele-Pak, Inc., a leading global provider of plastic card printing since 1996. Our services include: Gift Cards, Membership Cards, Fundraising Cards, Hotel Key Cards, PVC Cards, Plastic Key Tags, Point of Sale Activation (POSA) Cards and more. When it comes to delivering quality products and services that meet our customers’ highest standards, our "can do" spirit is key to our success.